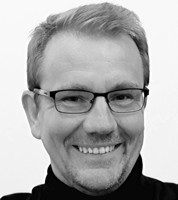 Gatling - Tales From A Journey

Every new project brings challenges - in our case turning an online banking application into a multi-tenant and group-wide platform. While the different back-end development teams worked hard to get the new tenants up and running the web front-end developers complained regularly that one or more REST endpoints are not working thereby making their life difficult. Over one morning coffee we discussed how to improve the situation and the following question popped up: “What about having a REST client which walks the REST endpoints in our test environments every morning to see if they work?!”. The back-end team would get some immediate feedback and the front-end developers might have time to reschedule their tasks. How hard can that be?!

There are many ways to invoke REST endpoints but using a performance test tool instead of custom code would bring additional benefits - once you get your test running you get performance testing and reporting for free. Initially we leaned towards Apache JMeter but a while ago we came across the following email [1] stating: While we have extensive experience with Apache JMeter, Gatling [2] did sound interesting

We decided to try out Gatling as part of a “side project” - that “not so really important” stuff you do on Fridays and bridging days to stretch your skills and bring back the fun. After a couple of Fridays, the first working iteration of the test suite was finished. Gatling provides a Scala DSL which makes writing the tests straight-forward assuming that you have a Scala-aware IDE (such as IntelliJ) to help you with the syntax and brackets. As Scala newbies we took the opportunity to implement some additional infrastructure code to stretch our skills and improve the maintainability of the test suite.

The code snippet below reads through a user CSV file and executes five REST requests using a single virtual user - if any error happens the overall test fails.

In our case the REST endpoint invocation code uses Scala singletons as described in [3]. A HTTP GET request fetches all accounts and a JSON path expression stores the account identifiers in the user’s session:

The Gatling test was wired with Jenkins to run an early morning test hitting the tenant’s FAT environment. From now on the first thing in the morning was checking the results to discuss problems with backend developers.

Ant Or Not To Ant

While the original question is nearly 400 years old and much more fundamental we tend to wrap invocations of command line tools into Ant scripts. It is always a good idea to

while Ant allows to settle for a simple

Welcome To The Matrix

After spreading the word a few people became interested in running Gatling test on their own. One colleague asked

Could we run the same tests for our own REST endpoints in the development and test environments to see if they work?!

Well, we always assumed that Austria’s REST endpoints are in a good shape but this would have been a petty statement so the answer was: “Of course it is possible but we need to add some configuration magic first”.

In order to run tests we need some Configuration Items

In addition, we imprint the following semantics

The previous chapter sounded a bit abstract - let’s look at an example to clarify things. Assume that we want to execute a functional test representing George Online Banking hitting Austria’s FAT system. In order to execute the test the following command line would be used

The Ant script determines the fully qualified name of Scala class as at.beeone.george.test.gatling.simulation.george.at.rampup.Test. The Gatling script picks up the following configuration items

A few weeks later we did a large refactoring introducing Data Transfer Objects (DTOs) for all REST endpoints instead of exposing the internal data model. While this was largely a mechanical task aided by the IDE we could accidentally change some part of JSON payload. That becomes an issue when dealing with mobile applications since they are much harder to update. Consequently the next question came up: “What about having a REST client which walks the various REST endpoints every morning to see if the JSON responses have changed?!”

Well, we already have a REST client which walks the various REST endpoints so we just have to capture the JSON responses and compare them with a set of recorded templates. How hard can it be?!

We decided to move the JSON handling into a separate project [4] - implementing it in Scala turned out to be harder than expected due to our (well, actually my) limited Scala skills. An example of the updated Scala implementation is shown below:

Let’s assume that this goes under “Lessons learned”. Having said that, this feature is still useful for verifying a deployment

A couple of weeks later a manager asked about “that fancy new test tool” and if they could use it run some initial performance tests hitting a newly setup test environment. Well, we were forcing Gatling to run functional test, so running performance tests should be a breeze. The only challenge would be migrating the whole setup to Virtual Machines where the manager’s development team could run the performance tests on their own.

The answer to this challenge lies in combining existing tools: “The whole is greater than the sum of its parts.”

The result of this approach is shown below

Why do we think that the whole is greater than the sum of its part?

Is Gatling For You?

While we are happy with Gatling and our test infrastructure this question is hard to answer. First and foremost, Gatling is a code-centric tool which requires solid development skills for the initial setup. From a developer’s perspective this approach has a lot of advantages

Having said that there is the “Gatling Recorder” to help with recording an initial test scenario but turning the generated output into maintainable Scala code still requires development skill. On the other hand, extending and maintaining a well-written Gatling test suite is easy and can be done by members of any QA team - so there is light at the end of the tunnel if you have access to Scala or interested Java developers.